In a high pressure die casting for a transmission case, a shrinkage defect was revealed after drilling of the boss. Due to the current die design, it was not possible insert a pin into the die, making drilling of the boss the only option for this casting.

In an analysis of the filling pattern and air entrapment, no contribution to the defects from these sources could be identified. But, analyzing the solidification behavior using hot spot results, insufficient feeding in the problematic area was identified as the culprit.

Several what-if scenarios were investigated using simulation, such as changing the boss design or installing additional cooling. The results showed that the most effective remedy was modifying the boss design, making it possible to move the hot spot to a location
that would not be exposed during drilling. 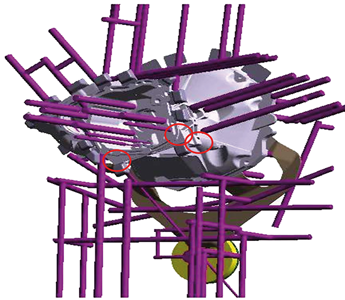 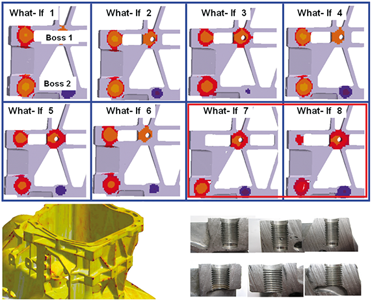