Heat Treatment is an often applied process to realize improved mechanical properties in structural aluminium alloy cast parts, especially for applications in the automotive industry. In many cases a T6/T7 heat treatment, which includes solution treatment, quenching and aging, is the preferred option. For large, thin-walled structural die cast parts, the support during heat treatment has a distinct influence on the deformation during the heat treatment process. The deformation is mainly formed during the solution treatment step, where the part is heated to above 460 °C for several hours for metallurgical reasons. The deformation is caused by gravity forces which lead to creep in the material. As the parts usually only have a few supporting contact areas, the final part distortion can be very sensitive to the design and lay-out of the support frame. In addition distortions developing during the casting process as well as during all heat treatment process stages must be considered to achieve that the final part meets the dimensional specifications. Up to now only the experience of the expert as well as extensive experimentation based on trial and error are the state-of-the art approaches to find an “optimized” frame design for any new part. This may be time consuming and costly.

The work shows how heat treatment support frames can be optimized by virtual experimentation using an integrated simulation approach. A unified creep material model is applied to model the distortion of an industrial thin-walled aluminium structural die cast part. The changing part deformation during the entire casting and heat treatment process as well as the effects of different supporting frame concepts on the distortion will be discussed. The predicted part deformation is compared for different supporting frame designs and is quantitatively assessed using a virtual 6-point (Reference Point System) measurement device.

Please read the complete publication in the linked PDF. 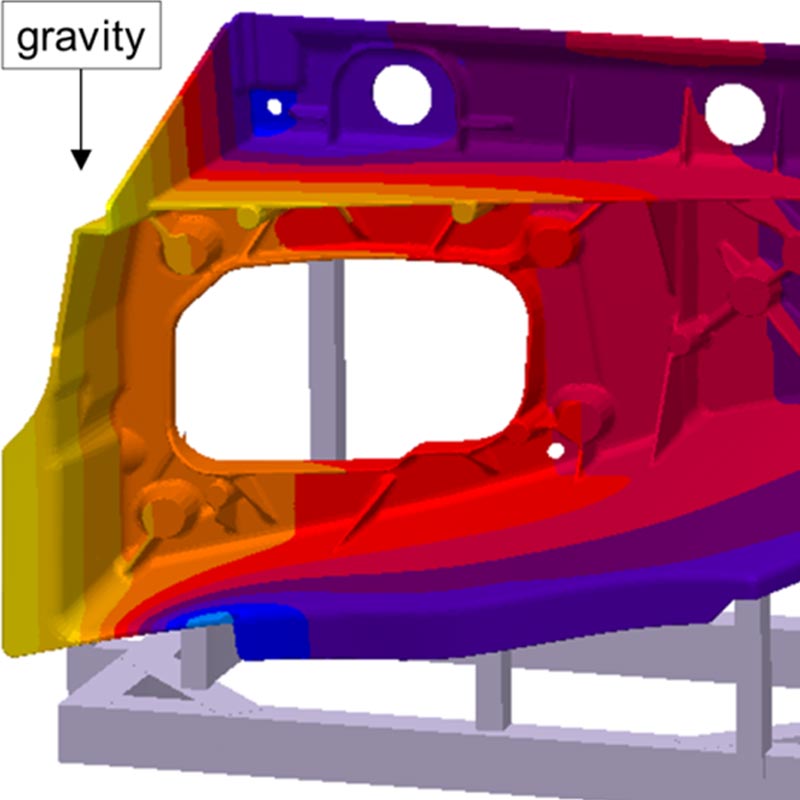