“Cap the Quality of Bearing Caps”

For MAGNA Digitech, one of the first applications of MAGMASOFT® was the improvement of its “Bearing Cap” production, a component which has been manufactured in the MAGNA Foundry in India since 1995. Since then, the demand for bearing caps has increased from a few thousand to more than 1 million per year.

MAGNA Digitech has been using MAGMASOFT® including MAGMAiron since 2006. MAGMASOFT® proved to be a very useful tool, allowing them not only to improve the gating design of parts already in production but also to design and set-up the pattern for new parts faster.

The existing pattern for the bearing cap production consisted of 21 cavities and had been used since 2003, after a few modifications from the original pattern from 1995. This pattern delivered a yield of 58% and a reject rate of 9%. The main reasons for the defects in the casting were inclusions, blow holes and metal penetration. In total 80 000 cast caps have to be delivered per month. 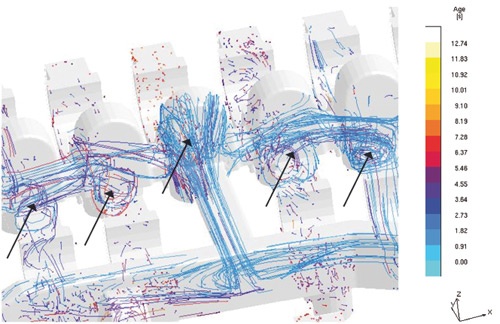 The analysis of the pattern using MAGMASOFT® showed that inclusion and blow hole defects were caused by a disadvantageous melt flow. Tracer particles showed turbulence in the runner bar and ingate during the filling process. The large free surface in the runner bar led to oxidation, resulting in slag generation and inclusions. After careful analysis and a small number of simulations in MAGMASOFT®, only a minor modification was needed to improve the melt flow in the mold. A tapered runner bar to avoid the large free surface, an additional well at the end of the runner bar, and the relocation of the connecting ingate between the parts improved the filling process so that the turbulence was eliminated. This minor modification managed to reduce the reject rate from 9% down to 5%.

Not entirely satisfied with this solution, the MAGNA engineer tried to make further improvements in the yield and the productivity of the design by exploiting casting process simulation with MAGMASOFT®. A new pattern with 28 cavities delivered the same casting quality with a better yield of around 64%, a 6% improvement from the original 58%. A second continuous improve-ment with 32 cavities was made by changing the core design. With the additional 4 parts per mold, this modification generated an increase in productivity by 14%.

The MAGMASOFT® implementation at MAGNA Digitech has saved costs for pattern modifications, reduced the reject rate and improved the yield. In addition, the overall productivity was in-creased. Last but not least, MAGNA Digitech discovered that the investment in MAGMASOFT® has been fully recovered in approximately 6 months. 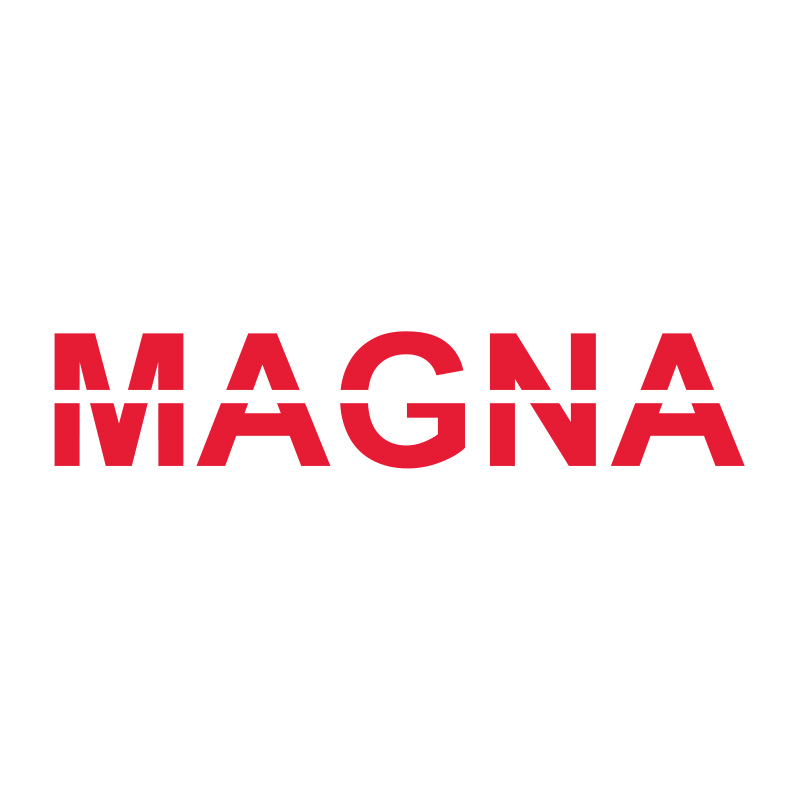