WEG is a major electric motor manufacturer in Brazil with captive iron and aluminum high pressure die casting foundries. The die casting foundry was facing a 25 % scrap rate for a two-cylinder compressor. Their client did not accept any porosity on the machined faces of the casting.

In a further step, cooling channels were put in the side cores to increase cooling in the region, aiming to further reduce gas porosity through rapid solidification. This last action brought the scrap rate down to 0.5 %. 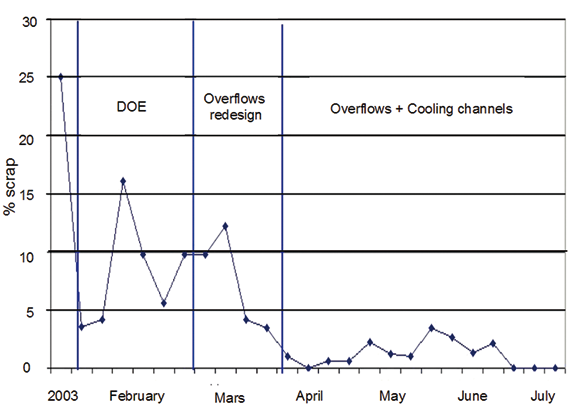