Optimization of the Shooting and Curing Process for a Complex Core

Usiminas recently introduced the new core making simulation software MAGMA C+M as part of their strategy to establish robust designs and processes for their core production line. The first project the software was applied to was already in progress at that time. Therefore, the main goal was to optimize the process conditions for the existing tooling lay-out.

This core, called the thin waist core, represents some of the biggest challenges in Usiminas’ core production: its length (920 mm), substantial changes in the sand flow direction during blowing, the need to fill certain parts of the core through counter-flow and big variations in the cross section within the core.

First trials showed problems with the process, which led to a complete collapse of the lower part of the core. The core blowing and curing steps for the PU coldbox process were analyzed, making it possible to draw preliminary conclusions regarding the existing defects.

The lack of core strength was related to a poor curing process. The first simulation already showed that the problematic regions experienced only very low curing gas concentrations during gassing, which was the root cause for the failure. 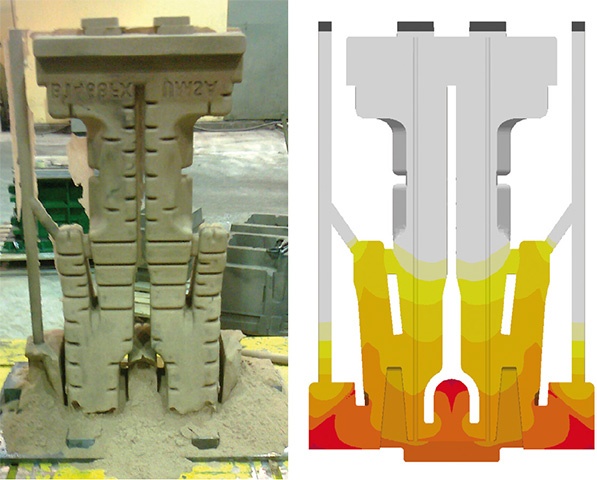 Left: First Core Blowing Test. The bottom of the core collapsed due to a lack of strength. Right: Curing Gas Concentration. The curing gas does not penetrate into the core to the same extent everywhere.

On the production line, various process conditions such as the curing and purging times and gassing pressure where changed. These attempts provided better results. However a perfect core could still not be produced.

The further analysis with MAGMA C+M focused on the evaluation of the local concentration of adsorbed curing gas, as it shows the regions where the catalyzing gassing agent cannot activate the chemical reaction. This result clearly demonstrated that only a very small quantity of catalyst was available for accelerating curing in the defect regions. 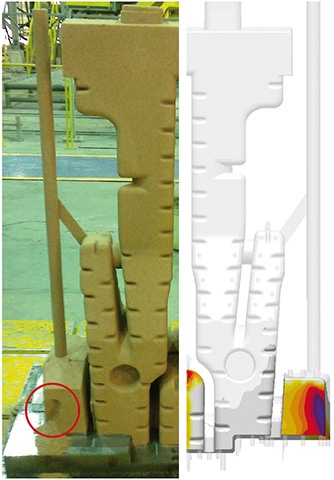 Core Blown with new parameters in comparison with the local concentration of adsorbed curing gas. The problematic area corresponds exactly with low concentrations in the simulation.

Evaluating simulated curves for the gas mass flow through the vents made it clear that the catalyzing gas was not reaching the critical area. The open venting cross section of the top and central vents was allowing the gas to escape before it reached the bottom of the core.

Instead of making costly modifications to the core box, Usiminas determined that a possible - and simple - solution was just to close some vents in the top and center regions, in order to increase the gas concentration in the bottom. However it was clear that these changes obviously would also influence the core blowing step.

The optimization led to a considerable increase of the curing gas concentration in the lower regions of the core (~36%) (Figure 4). Also, the amount of adsorbed curing gas increased in comparison to the original project. Applying these modifications, Usiminas produced another core, which did not show any gassing defects. Since the venting area was reduced, some filling defects were present, as expected. 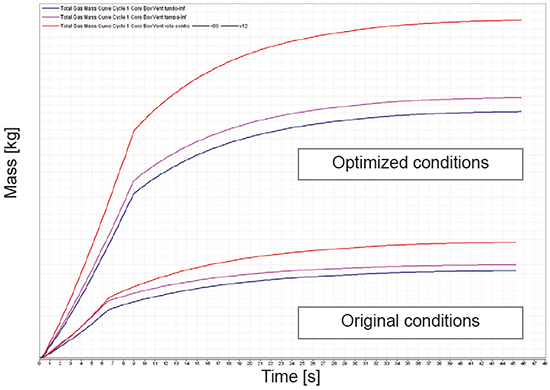 Having solved the curing related defects, a further core blowing analysis was carried out. The simulation results showed a very good match between the real defects and areas of low packing density. The flow animation also showed that the problems occurred because these areas had to be filled by a counter flow of the sand (Figure 5).

Another characteristic of the defects was that they all occurred next to the parting line of the core box.  Some of the defects showed a smooth surface, indicating that the sand had been removed by a strong air flow. The core blowing simulation results supported Usiminas’ conclusion that an improper sealing of the tool was the root cause for these defects. Air could escape with high speed through the parting lines, resulting in the defect formation.

Core blowing defects. The areas are some of the last to be fi lled, and are only fi lled by a counter fl ow of sand, which prevents a good packing. As the defects occurred in areas next to the parting line, it was suspected that the core box was not properly sealed.

This hypothesis was tested using a silicone rubber band to obtain an improved sealing of the relevant areas of the tool. With this modification, a new core was produced which was absolutely free of any defects 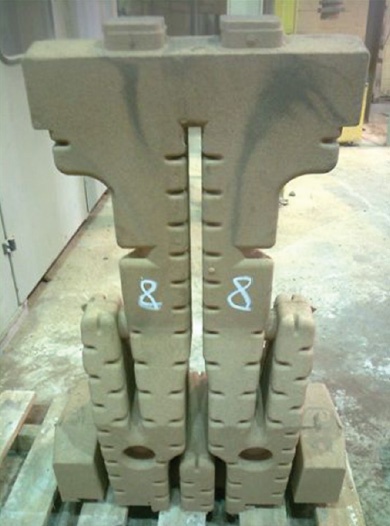 With 50 years of operations, Usiminas is the leader in the Brazilian flat steel market and one of the largest steel companies in Latin America. It has a nominal capacity of 9.5 million tons of steel per year. Usiminas Mecânica is a leading provider of capital goods and services to the steel, railway, mining, automotive, energy, petrochemical, marine and infrastructure industries in Brazil. With recent substantial investments, the foundry of Usiminas Mecânica has become one of the largest manufactures of both small and large steel castings in the country. The yearly production capacity is 30,000 tons, representing about 10% of the projected production in 2012 in Brazil. 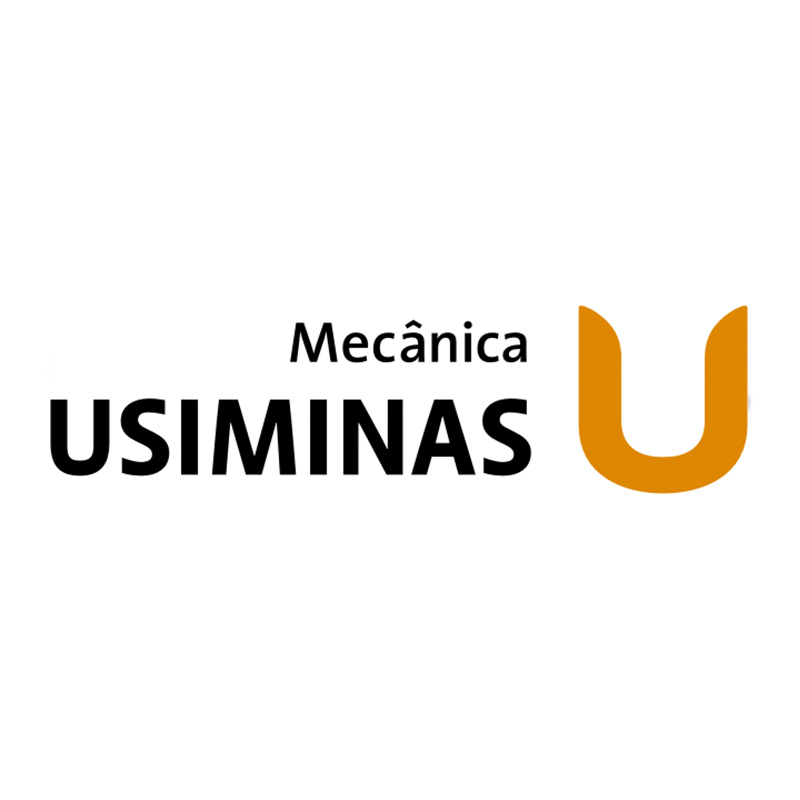