The Surya TOTO engineering division was recently challenged to cast something they had never produced before. Although cast components for thermostats are successfully produced using copper base alloys in the low pressure die casting process on a daily basis at Surya TOTO, this new model was significantly different and in some aspects unique compared to anything they had manufact�ured to that point. 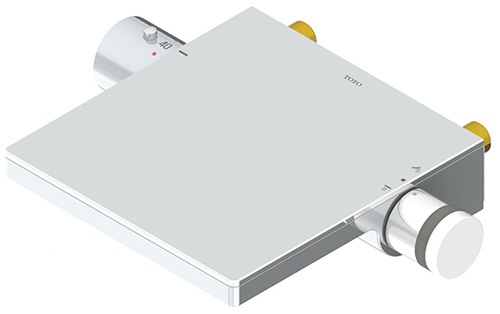 Two main factors contributed to this project being distinct. First, the new casting had to be leak proof using pressurized water at as much as 5 bar. Second, the casting was designed with very thin-walled sections and long distances to fill.

The first die designs were created based on experience and examples from working solutions for similar parts. Surprisingly, even though they looked promising after visual inspection, the first cast parts delivered a relatively bad performance, resulting in high reject rates. The parts did not pass quality inspection when it came to a leak test. To understand the reasons for the failure and to avoid the problem, the Surya TOTO engineers analyzed the casting process using MAGMA5. The results of shop floor samples and simulation were in good agreement and led to the conclusion that most of the problem was related to the die filling process. The chosen design approach, with the biggest ingate at the bottom and two smaller ingates at the sides, was not producing the expected results. A temperature drop during filling was observed, increasing the risk for cold shuts. Furthermore, gas holes, which could be found on the casting surface from time to time, could be traced back to splashing and turbulence occurring during the filling of the die. 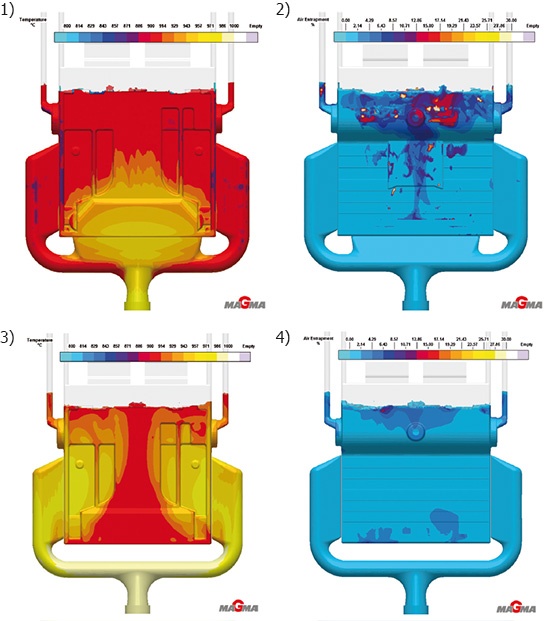 The original design featured three ingates: one main ingate at the bottom center and two lateral ingates to provide fresh melt into the thin-walled area from the sides. The assessment of the filling temperature results in the simulation revealed that this concept did not work. During filling, most of the melt flowed primarily through the center ingate and further through to the top of the casting. The lateral ingates did not contribute much to the filling of the die at all. Consequently, the melt temperatures in the thin-walled area dropped too quickly and significantly, increasing the risk of cold shuts. In addition to the predominant center bottom filling, this design created another problem. The velocity of the melt originating from the lower ingate was too high and generated splashing during the filling process.

The Surya TOTO engineering staff concluded that a change of the die design was necessary to improve the situation. However, due to the resources required for die changes, the modifications were requested to be as small and as easily realizable as possible. As part of the reduction of effort in the tool shop and on the shop floor, possible variations of the existing design were developed and analyzed using numerical simulation before starting modifications. Based on the earlier conclusions for the existing design, the lower ingate as well as the filling pressure curve were selected to be changed. However, instead of lowering the flow rate at the main ingate by a reduction of the diameter or width, the Surya TOTO engineering team decided to try and remove the ingate completely. This solution would, if successful, not only solve the problems observed, but also increase the yield and improve the overall cost effectiveness of the production process. To test and validate the new design, the engineers again consulted the filling temperature and air pressure results of MAGMA5. The simulation-based optimization also included the improvement of the filling pressure curve for this new design to minimize splashing of the melt and air entrapment.

The results for the new design were promising and indicated significant improvements. The filling temperature profile for the thin-walled area was considerably more advantageous, keeping the melt in the section of the casting in danger of cold shuts above the liquidus temperature long enough to eliminate the risk for defects. Also, splashing and turbulence were both reduced considerably by filling exclusively through the lateral gates. Consequently, the danger of blow holes was significantly reduced. Based on these results, the engineering team decided that this design was worth the effort and ready for an actual shop floor trial. 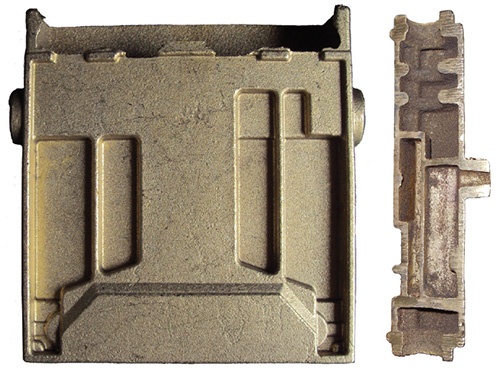 The castings produced with the new die and pressure curve settings were carefully examined for any defects, especially the ones observed previously. Visual and metallographic examination and leak tests all returned positive results. To document the process performance and assure casting quality, the new die design was evaluated based on 5 different quality criteria, ranging from ‘unsatisfactory’ to ‘very good’. This individual rating system is a standard procedure for all new dies at Surya TOTO. A new die is considered fit for production if it has an overall quality criteria of ‘good’, which means that the mold passes 80 % of the required conditions for the daily manufacturing process. For the new design of the thermostat, the ratings had increased substantially, now meeting the requirements.� 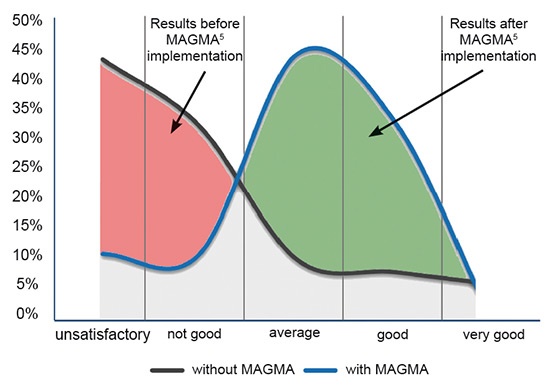 Ratings before and after implementation of MAGMASOFT

As a result of the successful die optimization of the thermostat casting, MAGMA5 was made obligatory for the development of all new dies at Surya TOTO. Prior to this implementation, 80 % of all new dies were initially rated below average and costly modifications were required to make these dies ready for daily production. After MAGMA5 was fully implemented, this rate was reduced from 80 % down to only 20 %, representing a significant increase in the initial success rate. This has materialized into many additional advantages, including the resources and capabilities for the Surya TOTO engineers to take on new challenges moving forward.

Surya TOTO Indonesia was the first overseas factory of TOTO Japan and was opened back in 1977. TOTO itself was founded in 1917 as a manufacturer of ceramic sanitary wares and plumbing hardware, and grew to become Japan’s industrial leader in sanitary and plumbing related products. In the 21st century, TOTO is also a company that is devoted to enhance our lifestyle while preserving our environment with the help of eco-friendly products. Among many other accolades, Surya TOTO was recently distinguished as being one of the 50 best Indonesian companies by Forbes Indonesia. 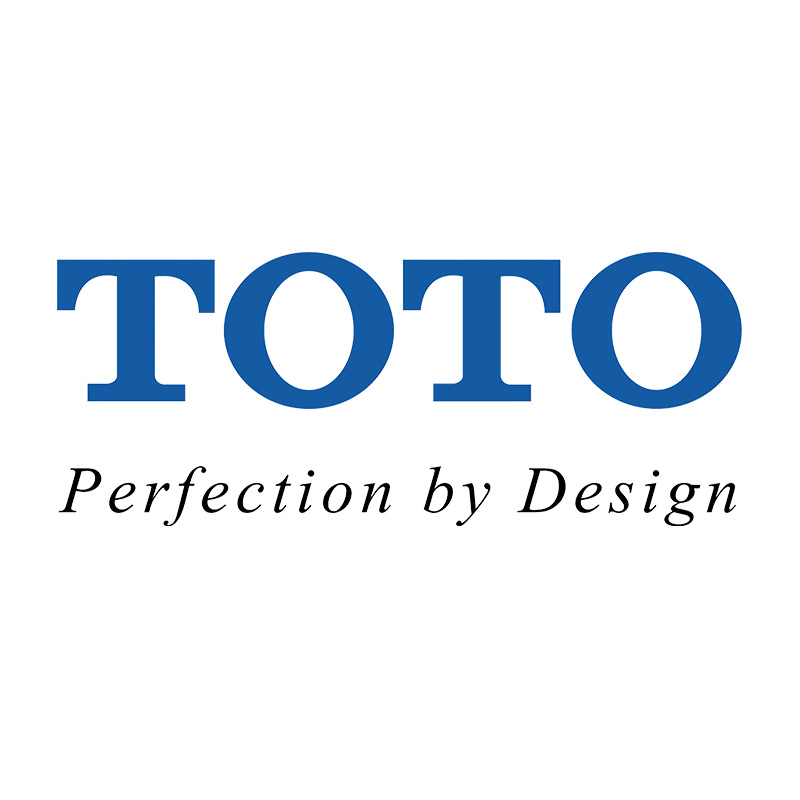