A better understanding of the hot distortion of sand cores: In the fall of 2012, MAGMA, the company Nemak, and the Foundry Institute of RWTH Aachen University joined their forces to carry out an R&D project on this topic in the Open Innovation Cluster AMAP "Advanced Metals and Processes". In the AMAP cluster, university and industry, research and development jointly pursue projects on metal production, processing and manufacturing of products made of metallic materials. In the interview, Dr. Jesper Thorborg, MAGMA project manager, talks about the joint project.

What was the aim of the project?

The focus was on quantifying, correlating and modeling the highly dynamic distortion of cold-box, warm-box and inorganic cores during the casting process. For this purpose, we developed a setup to measure the hot distortion of the sand cores in-situ and to evaluate the most important parameters affecting the deformation during casting. In addition, the mechanical and physical properties of the core materials were determined on a large scale at elevated temperature. With the results, the hot deformation of sand cores could be described. MAGMA has implemented models into our MAGMASOFT® software to model the forces on the core during casting as well as its time- and temperature-dependent material behavior. Subsequently, the calculation results were validated with measured data for a water jacket core of an engine. It was the aim of all project partners to have a virtual tool available at the end of the project which makes it possible to consider possible distortion already during the design of the core sleeves.

What challenges did you face?

The distortion of the sand cores during casting significantly influences the dimensional accuracy of castings. This part of the casting process has received only little attention up to now. However, it is gaining importance, especially due to the increasing use of inorganic binder systems and the associated process changeover. The greatest challenge in the project was to understand the mechanisms as well as the essential variables for the distortion of sand cores and the dimensional accuracy of the component, to measure them and to make them predictable by means of simulation. This is because tolerance requirements are constantly increasing with ever thinner-walled castings and correspondingly complex and slim cores. This makes the core more sensitive to critical loads and increases the risk of undesired deformation or core breakage. The consequence: problems with the dimensional accuracy of the casting or even scrap.

Are you satisfied with the result?

The cooperation with the Foundry Institute and our industrial partner Nemak was excellent. After completion of the project, we continued to work with both partners on implementing the new capabilities. Today, the functionality has been verified for binder systems and numerous industrial applications. As a result, we were able to make hot core distortion prediction available in the new version of MAGMASOFT as an integrated part of the stress module. With the new capabilities, component designers, toolmakers and core shop can anticipate and avoid problems with a core at an early stage. I would like to take this opportunity to thank our project partners Nemak and the Foundry Institute. The commitment of both partners was essential for the success of this R&D project.

More information about the project 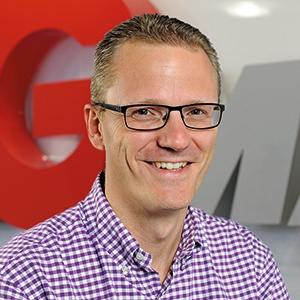 For more background information or visual material, please do not hesitate to contact MAGMA: